Out of all the misnomers, stereotypes and generalizations: there is one that really could not be more misguided. Folks outside of the community always assume that the number one frustration in the lives of people with paralysis is an inability to walk. Sure, there are select individuals that view ambulation as the key to quality of life. But for the majority, walking is near the bottom of the list when it comes to unlocking happiness post-incident. 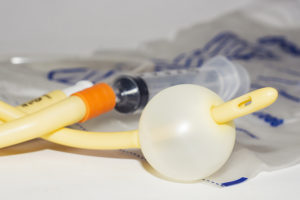 The wish list of functionalities will always vary depending on injury level, motor completeness and lifestyle pre-incident: but there are a few that will always land near the top regardless of the variables. Bladder and bowel, what a major asset to quality of life. If you’re outside of the paralysis community, you never think about your ability to control those two key functions. All you’ve likely put any thought to is beginning and end of life issues, but that’s for such a short time, so who cares? It’s something that any neuro-able takes for granted every second, every minute, every hour. It’s something that neuro-disabled individuals think about with that same frequency. When was the last time I went to the bathroom? Should I use the restroom before I go to bed? Better not drink too much before this flight, it could be bad. Say you use an indwelling  (long-term) catheter: Is my bag full? Is my tube pinched? What’s that color? The anxiety alone is enough to drive someone crazy. Bladder and bowel is almost always one of the biggest barriers to quality of life. 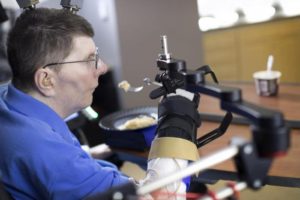 But that’s just the beginning for high-level, dependents. Just through the mere nature of the dependence, frustrations are constant. Round the clock care, inability to travel, transfer, eat, dress, shower, drive, even leave the house without the assistance of someone else. Most quadriplegics and other dependents will tell you that they would forgo walking in a New York minute if it meant they had their physical independence. But no matter where you are on the paralysis spectrum, there are always areas of dependence that will eat away at you and many of them have nothing to do with ambulation.

Next one to round the corner of function we’d rather have back before we took a single step: sexual function. I don’t need to go into vivid detail here, but this is another functionality that is so often taken for granted among neuro-ables. The ability for physical arousal, climax, position-variation, spontaneity and stimulation are afterthoughts in the mind of most. It’s just something that the body and mind are capable of, and that’s that. However, following incident, that element of life is usually impaired in some significant capacity. Let’s face it, humans are instinctively sexual and that aspect of life (however little time it consumes) is almost vital to how we function. Between the little blue pills, injections, vibrators and every other accessory you can think of, our community will try anything in hopes that sexual function returns to a semblance of what it once was. Again, walking would be nice, but to have that crucial function back would be indescribable.

Then there’s nerve pain, neck, back and shoulder pain, pressure sores, issues with sleep, bone density/fracture-proneness, blood clots, kidney stones, edema, range-of-motion, public perception, accessibility, poor product markets. So yeah, walking, running, jumping, dancing, playing sports are all things that our community would be keen on getting back. But, it’s not soon after the incident that one realizes how insignificant leg function is in the grand scheme of paralysis.